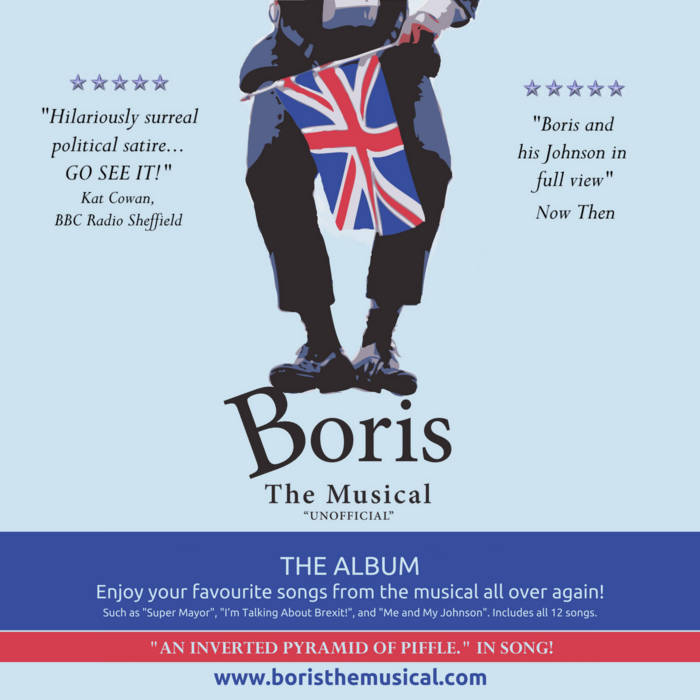 The perpetrators of "Boris - the Musical!" bring you "Boris - the Album" - all the audio excellence of the 2016-2017 stage show, plus extra goodies like outtakes and pics.

PRAISE FOR BORIS - THE MUSICAL:

Boris & The Johnsons were:

This is an archived version of the show as it was in 2016/2017. For updated info and music, please search for Blowfish Theatre.

Bandcamp Daily  your guide to the world of Bandcamp